There are millions of apps on the app store, some of them have great design some don’t. Therefore, the apps with great design have more users and retention rates. You have to understand that the UIUX design creates a mobile app more appealing. There are several tools available in the market that can be used to create an attractive design. You can select design tools based on your app requirements and interest. The designing tools have reduced the burden of the designers because they made the task easier. With the help of a design tool, you can build prototypes, wireframes, diagrams, sketches, and flowcharts of your app efficiently. You should be selective while choosing a designing tool for your mobile app because money and time are involved in the designing process. As a top software development company in Maryland, we are providing you with a list of several popular designing tools that can help you to develop effective designs.

Sketch is the most powerful vector graphics editor and UI UX designing tool that helps the designers to build both wireframes and visual designs. It is a powerful software in comparison with other graphic editors because it does not include print design features. At the initial stage, it was only software for UI UX designing for a website and mobile app design. Later, the tool is upgraded with advanced features, such as stylized vector shapes, 2x zooming export, infinite zooming, and other features. It provides the highest share of space for developing prototypes and wireframes.  The vector feature enables designers to quickly import the images in all formats, such as PNG, JPG, PDF, and other formats. The size of the application is also not very large and does not use much of your system resources. A designer can quickly export the drafted design to other designing tools, such as Photoshop or Adobe illustrator. The trial version of the software is available free of cost. The licensed version to use the software is available for $99 that is on a yearly renewable basis.

InVision is an online designing tool for workflow and collaboration. The software was launched in 2011 and has gained popularity. It helps the designer to convert their designs into a clickable workflow to get comments from the reviewers. This tool allows the designer to share the file with related persons, such as developers, clients, project managers, and others. Besides, it allows your clients to leave feedback and discuss the designs/ wireframes build using the software. The software enables the designer, client, and the project manager at the designing time through a live share interface. The designer can test their visuals designs along with the wireframes and customize them. It allows designers to add hotspot links, which help the designer to control the mobile gestures and make the desired changes. The popular mobile actions such as double-tapping, swiping, and sliding to the left or right can be easily imitated with this functionality. The paid plans for the software are accordingly. 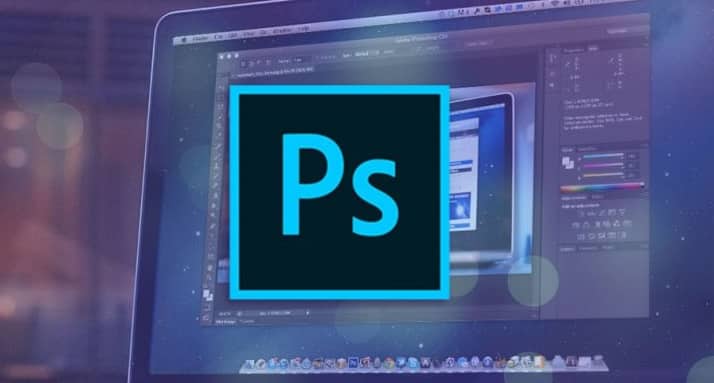 Adobe Photoshop is the oldest mobile app designing software because it was introduced in1988. At first, the software was only a photo editing tool. Later on, the software has evolved and improved its functionality with time. Now, this software has enabled with advanced features, such as layering, blurring, textures, lighting, and other features.

After the release of Photoshop CC in 2014, the software has changed its concept from photo editing to the mobile app designing. This designing software is compatible with both the operating systems i.e. Windows and macOS. The cloud storage feature in the tool store the assets, related to the app designs that designers can use on their current as well as future projects. The layering composition helps the designers to make changes in their app designs. They can simply alter the positioning, attributes, and other elements, without any trouble of working on multiple screens. The different plans to use the software are as follow:

Omnigraffle is an amazing mobile app designing tool for Mac users. It is an ideal choice for Mac users that are involved in the visual UI and graphic design. The software is very similar to Adobe Photoshop.  The features and functions of the tool enable you to draft prototypes, wireframes, strategy maps, and diagrams for your mobile app. This tool improves the designing efficiency because it provides designers with the option of re-using components and importing customized libraries. It is also enabled with an automated javascript and Applescript along with a touch bar support. The subscription is available on the basis of one time licensing and fees is as- 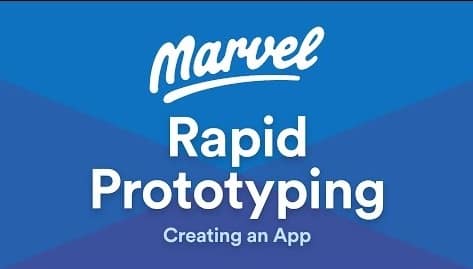 Marvel is a great tool for developing interactive and collaborative wireframes and prototypes for your mobile app. It is a web-based designing software that was launched in 2013. This designing tool allows the designer to synchronize their design with other designing tools, such as photoshop, sketch, Invision, and other tools. It is the first choice of every designer when a mobile app requires working on multiple screens. It also eliminates the use of expensive, advanced, and complicated coding programs that are less important in the preparation of the wireframes and prototypes. This tool was launched with an intention to not only help designers but every person who wants to build designs for their mobile apps. The trial version of the software is available free of cost and the paid plans start from $10 per month.

UI Stencils are the best-suited designing tool for the users who are drafting the early sketches for the mobile app. The UI Stencils provide a professional kit that consists of booklets of information about the stencils pads with the carrying case. The pads have a sticky side at the top to attach your ideas and enabling you to pitch more ideas for your app designs. This tool is designed in such a way that it supports the different sizes of the mobile app and different device specializations. With the use of UI Stencils, you can create UI designs for Android, iPhones, and tablets. This tool really performs well at the initial stages of the mobile app development i.e when you are discussing an idea.

Balsamiq is a web-based app designing tool that was launched in 2008 by Peldi Guilizzoni. It enables the designers to build graphical user interfaces and wireframe for websites. Using these graphical designs, you can discuss your app ideas and make corrections before you start writing code for your app designs. The tool also allows the designer to upload the pre-built designs on any other designing tool as the tool is enabled with the drag and drop facility. It is available at the desktop version and can be connected with the google drive, Confluence, and JIRA. You can easily share the files and wireframes in the form of Images or PdfS. The monthly subscription of Balsamiq is available for $5, on the other hand, the annual subscription is available at $50. You can design an unlimited project in the monthly and annual plans. 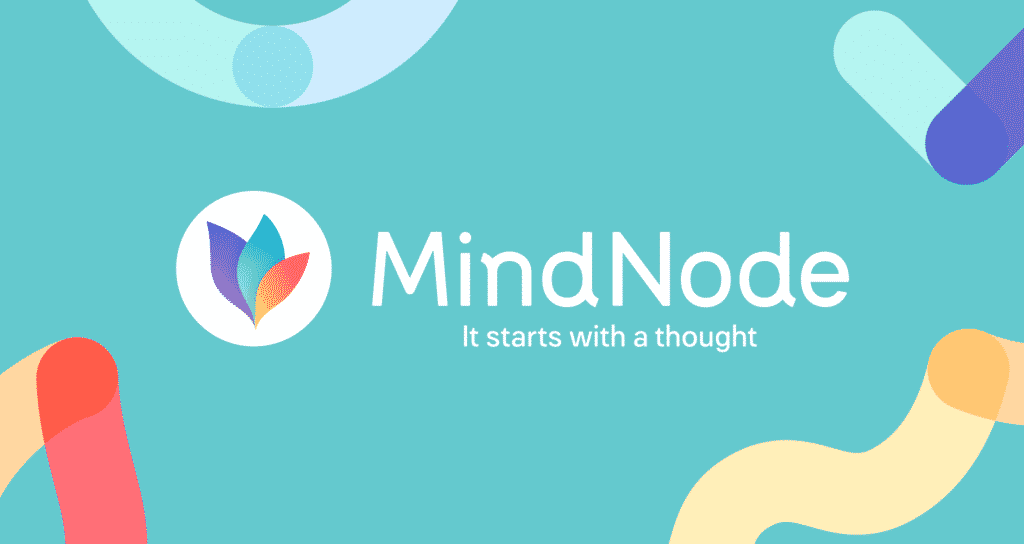 Mindnode is an effective designing tool when designers are building relationship maps. This tool has a very simple interface or platform with Inbuilt designs of its own that enables the designer to get distracted with the other exciting designs. Designers are provided with the system to prioritize their tasks when they are building designs. This feature enables them to set deadlines for the timing of tasks before the timeline of the project. It is the sole purpose of the tool to keep your app design organized and not getting designers distracted with undesired features. Mindnode has made designing more existing with the availability of the option of layout and style. This software has made sharing very easy because designers can save the designs in the cloud software and use them in the present and future designing. It provides users with 2 weeks of free subscriptions. To unlock all the features for Mac, there is a subscription of $39.99 and for iOS, a subscription of $14.99.

Buildfire is an end to end app designing platform, which allows the designer to create prototypes and wireframes for an app. It provides the designer with a facility to customize the functions, such as fonts, colors, and uploading of any design. The software is enabled with fully developed features and functions, which allows you to develop a fully functioned app that can be published on the desired platform (iOS and Android). The tools allow you with the free designing and testing of your mobile app. You have to pay only when your app is ready to be published on the app stores.

UXPin is a web-based designing app that was introduced in 2010. It is a designing tool that allows the designer to create a simple and effective UX design without the use of any complex coding language. The reason is that this tool has several inbuilt interfaces and components that allow designers to drag and drop the files and integrate with the other tools. It enables the designer to create an interactive wireframing and prototypes even though a person has no specialization in designing features. The tool has an inbuilt usability testing tool that enables you to track tasks such as users click, track users and others. The results are then displayed to the team that will help you speed up your tasks such as designing, testing, and others. The subscription is available for unlimited projects and reviewers.

Starter – $9 per month for 1 user with basic prototyping.

Advanced- $29 for 10 users with advanced prototyping.

System- $49 per user/month with advance prototyping.

What to look at in the designing tools?

Before you select designing tools, you should consider these following points that will help you to select the efficient and effective designing tool for your app.

2) Compatibility with the Operating System

Before you select a designing tool, you should check the compatibility with the operating system i.e. Windows and macOS. This is because you will not be able to create designs for the desired app platform.

4) Collaboration with Other Softwares

When you design a mobile app, you have to get involved with the other designing tools. Therefore, you need to check that the software enables you to collaborate with other designing tools. You need to check that the tools allow you to share files with the related persons. This becomes necessary when your working in a team, you need to gather the feedback on the task.